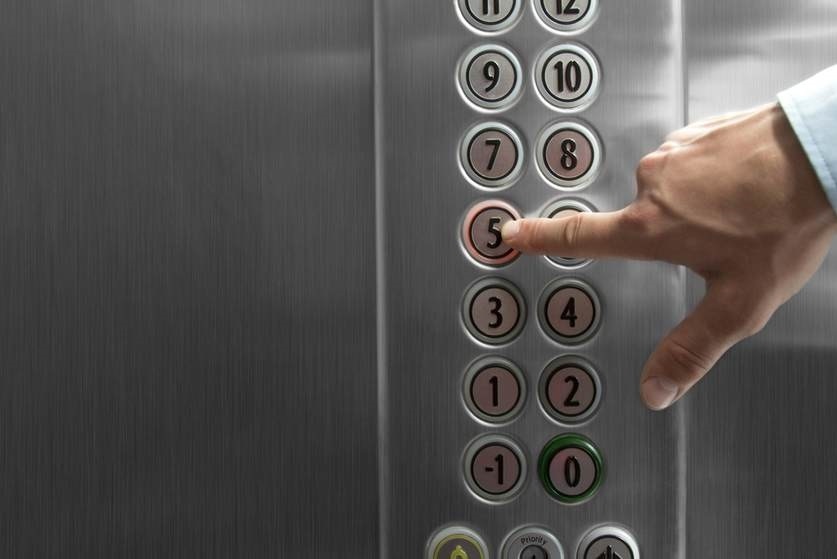 Crashing to the Bottom

When I was just a boy, my parents only had one car and so my mom and I would ride the bus to downtown Ft. Worth where she would shop in the Penney’s, Sears, Monnig's, and Leonard Bros department stores.  In each store there were escalators and elevators.  I always liked the elevator ride because there was an elevator operator that stood by the controls and punched in the various floors that were called out by the passengers.

When the elevator would arrive and the doors would open, the Operator would announce – “Going Up”, or “Going Down” and the waiting passengers would either get on or would await the next one.  The Operator would say to all who had just stepped into the elevator car, “what floors please?” and the passengers would call out their preferred floor.  (Wow, I’m dating myself but this was also back when we all had rotary telephones and “2-party lines”!!)

As the elevator would rise, the Operator would announce, “floor #3” or whatever floor had been reached.

As the elevator would be in its downward path the Operator would announce at the top floor, “Going down” so that all the passengers were aware we would be descending and all should hold on to the side grips so as not to topple to the side and step on someone else’s foot, etc.

Often mom and I would be up on floor #6 and requested to go to floor #1.  I would hear the Operator announce, “Going down to floor #1”.  No panic.  No anxiety.  There was no “journalistic manipulation” in the Operator’s voice!!  She was just stating the fact that we would be moving downward on our way to floor #1.

Yes, it’s true that we are living in the “new normal” and the world seems to linger in an environment of volatility.  But, the news industry seems to have lost its ability to just “report the news”!  The media (or more accurately the people in the media) seems to be filled with “biased and agenda-slanted” persons who not only talk about an event or issue, but so “report” the issue as to “push the buttons” of the listening or reading public.

WHAT YOU HEAR, or allow yourself to hear, CAN GREATLY AFFECT YOUR EMOTIONS, causing either:

Peaceful consistent living:  This can be the result of having a plan in place for present and future lifestyle, including a knowledge that volatility has been addressed and structured into the plan;

Panic-filled reactions:  This can be the result of having no designed plan and therefore reacting to every “manipulative voice of speculation” which gets paid (bonus) for creating more listening audience!!!

BE AWARE of what you’re hearing!!!

1) HOW FACTUAL IS THE REPORT??

BE ALERT to what you ALLOW to affect your emotions!!

Don’t get spooked in the dark … carry a flashlight!  Know what is really happening.  Recognize the voices of "fear" and "fact".   (Some good ole fashioned advice)

Never forget in the dark what you learned in the light!